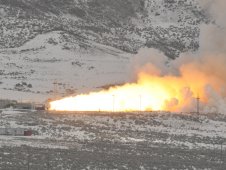 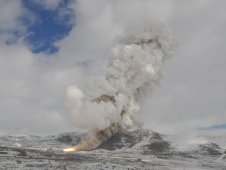 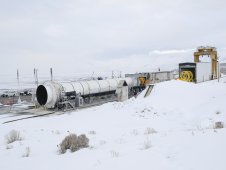 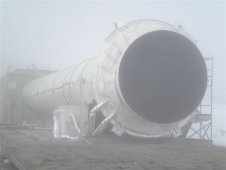 The flight support motor, or FSM-17, burned for approximately 123 seconds -- the same time each reusable solid rocket motor burns during an actual space shuttle launch. Preliminary indications show all test objectives were met. After final test data are analyzed, results for each objective will be published in a NASA report.

The test -- the 52nd conducted for NASA by ATK – marks the closure of a test program that has spanned more than three decades. The first test was in July 1977. The ATK-built motors have successfully launched the space shuttle into orbit 129 times.

"These tests have built a base of engineering knowledge that continued engineering development of the reusable solid rocket motor system and the continued safe and successful launch of space shuttles," Beaman said. "They have provided an engineering model and lessons learned for additional applications in future launch systems."

During space shuttle flights, solid rocket motors provide 80 percent of the thrust during the first two minutes of flight. Each motor, the primary component of the shuttle's twin solid rocket boosters, generates an average thrust of 2.6 million pounds and is just over 126 feet long and 12 feet in diameter.

For more information about the Space Shuttle Program, visit: