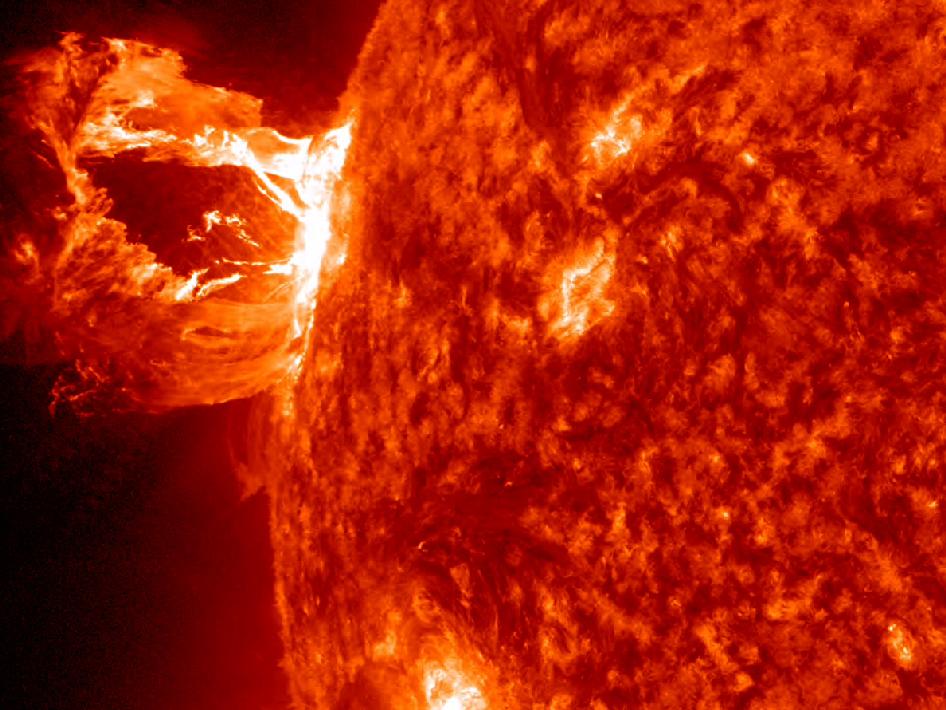 SDO observed a beautiful prominence eruption shot off the east limb (left side) of the Sun (April 16, 2012). Such eruptions are often associated with solar flares, and in this case an M1.7 class (medium-sized) flare did occur at the same time, though it was not aimed toward Earth. In the associated movie (in extreme ultraviolet light) covering four hours of activity, some of the charged particles do not have enough force behind them to break away and they can be seen streaming back into the Sun.