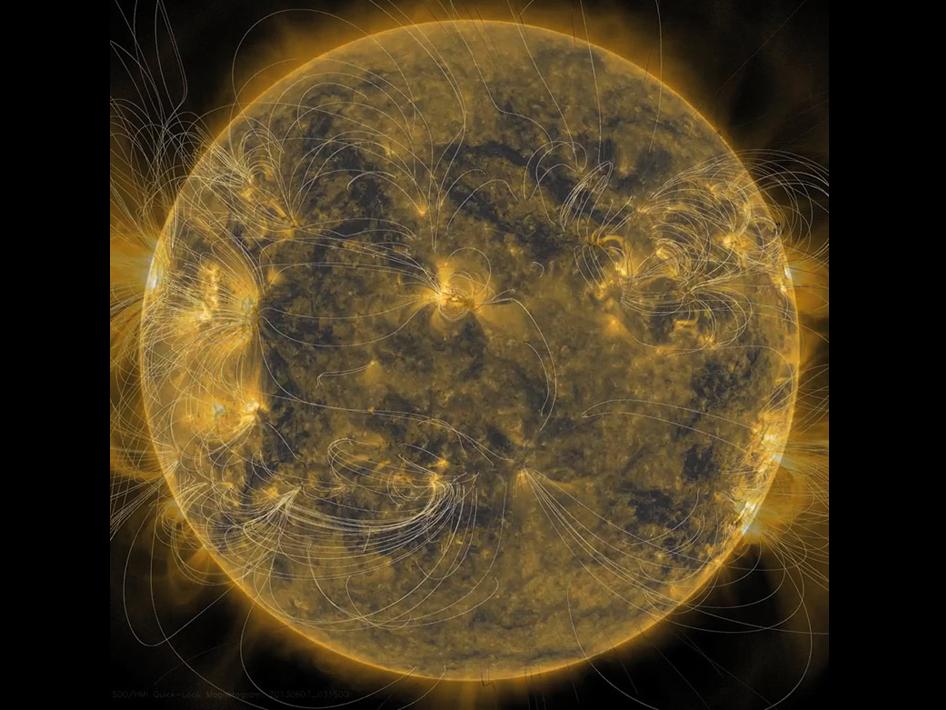 The underlying magnetic structure of the Sun and how it appears above its surface can be revealed by combining different images of the Sun taken at almost the same time (June 7, 2013). We begin with a magnetic image of the Sun, where darker and lighter tones indicate the stronger north and south polarity of active regions. When we blend this image into an extreme ultraviolet image of the Sun, arcs of magnetic field lines can be seen rising out and returning to these same active regions. Lastly, because scientists have learned how to illustrate the magnetic field lines, we can view their projections. The result is a brief, visual lesson in solar magnetism. Credit: Solar Dynamics Observatory.