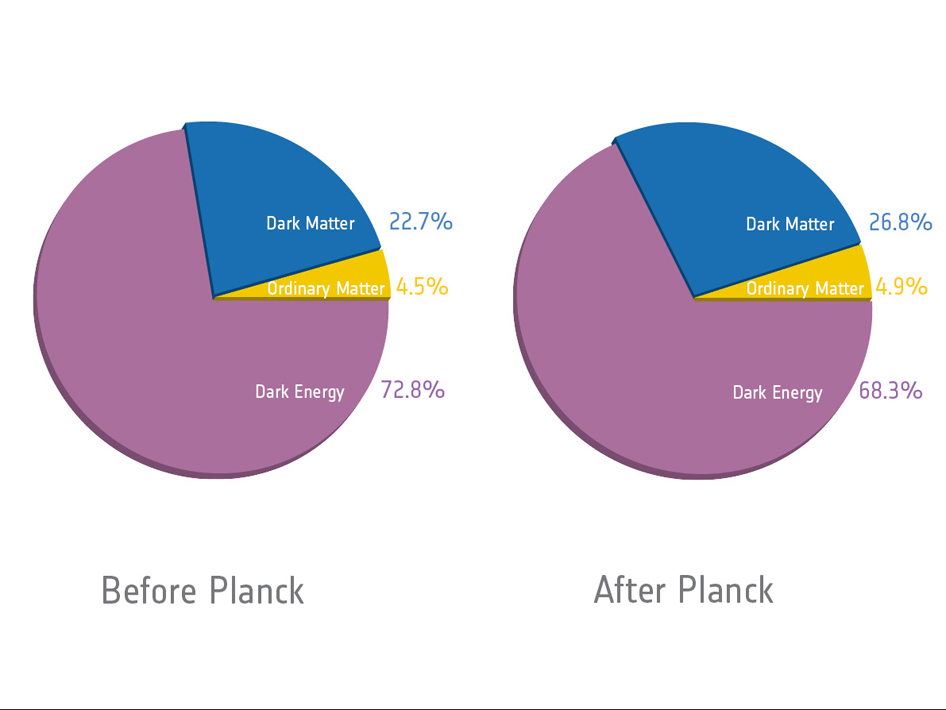 Refining the Ingredients of Our Universe

The figure at left is based on previous data from nine years of observations using NASA's Wilkinson Microwave Anisotropy Probe, or WMAP, the predecessor to Planck.