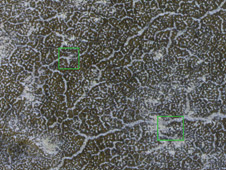 The solar-powered lander operated two months longer than its three-month prime mission during summer on northern Mars before the seasonal ebb of sunshine ended its work. Since then, Phoenix's landing site has gone through autumn, winter and part of spring. The lander's hardware was not designed to survive the temperature extremes and ice-coating load of an arctic Martian winter.

In the extremely unlikely case that Phoenix survived the winter, it is expected to follow instructions programmed on its computer. If systems still operate, once its solar panels generate enough electricity to establish a positive energy balance, the lander would periodically try to communicate with any available Mars relay orbiters in an attempt to reestablish contact with Earth. During each communications attempt, the lander would alternately use each of its two radios and each of its two antennas.

Odyssey will pass over the Phoenix landing site approximately 10 times each day during three consecutive days of listening this month and two longer listening campaigns in February and March.

"We do not expect Phoenix to have survived, and therefore do not expect to hear from it. However, if Phoenix is transmitting, Odyssey will hear it," said Chad Edwards, chief telecommunications engineer for the Mars Exploration Program at NASA's Jet Propulsion Laboratory, Pasadena, Calif. "We will perform a sufficient number of Odyssey contact attempts that if we don't detect a transmission from Phoenix, we can have a high degree of confidence that the lander is not active."

The amount of sunshine at Phoenix's site is currently about the same as when the lander last communicated, on Nov. 2, 2008, with the sun above the horizon about 17 hours each day. The listening attempts will continue until after the sun is above the horizon for the full 24.7 hours of the Martian day at the lander's high-latitude site. During the later attempts in February or March, Odyssey will transmit radio signals that could potentially be heard by Phoenix, as well as passively listening.

If Odyssey does hear from Phoenix, the orbiter will attempt to lock onto the signal and gain information about the lander's status. The initial task would be to determine what capabilities Phoenix retains, information that NASA would consider in decisions about any further steps.

Mars Odyssey is managed for NASA's Science Mission Directorate by JPL, a division of the California Institute of Technology in Pasadena. Lockheed Martin Space Systems, Denver, is the prime contractor for the project and built the spacecraft.

The successful Phoenix mission was led by Peter Smith of the University of Arizona, Tucson, with project management at JPL and development partnership at Lockheed Martin. International contributions came from the Canadian Space Agency; the University of Neuchatel, Switzerland; the universities of Copenhagen and Aarhus in Denmark; the Max Planck Institute in Germany; the Finnish Meteorological Institute; and Imperial College, London.