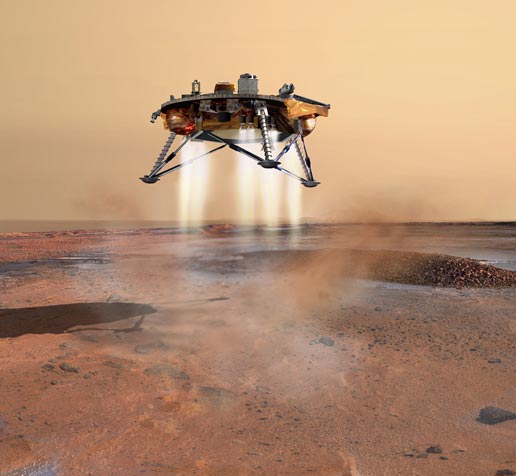 This artist's concept depicts NASA's Phoenix Mars Lander a moment before its 2008 touchdown on the arctic plains of Mars. Pulsed rocket engines control the spacecraft's speed during the final seconds of descent.