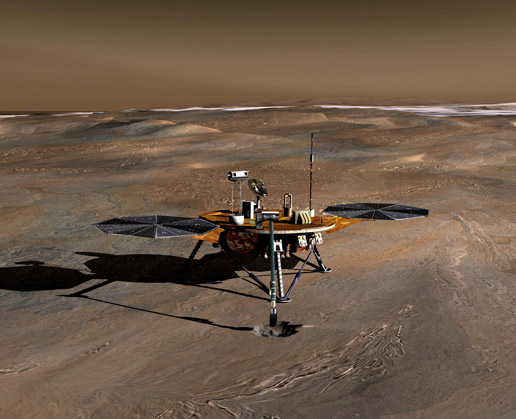 The Phoenix Mission, slated for launch in August 2007, is the first project in NASA's openly competed program of Mars Scout missions. The mission's plan is to land in icy soils near the north polar permanent ice cap of Mars and explore the history of the water in these soils and any associated rocks, while monitoring polar climate. The spacecraft and its instruments are designed to analyze samples collected from up to a half-meter (20 inches) deep by a robotic arm. The arm extends forward in this artist's concept of the lander on Mars.