How to Take a Picture of a Spacecraft Landing 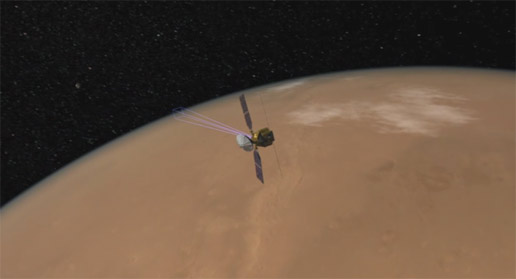 This artist's animation shows how NASA's Mars Reconnaissance Orbiter was able to snap a picture of NASA's Phoenix Mars Lander as it parachuted down to the surface of Mars.

The image of Phoenix on its parachute was taken by the High Resolution Imaging Science Experiment (HiRISE) camera on NASA's Mars Reconnaissance Orbiter.