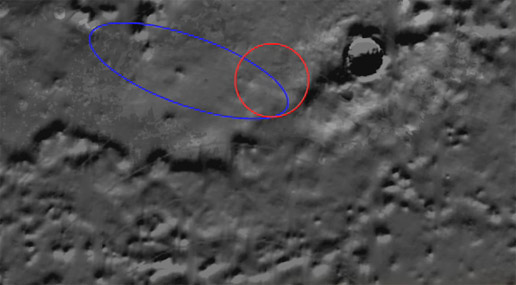 This animation shows an orbital view sweeping upward from Olympus Mons, the tallest volcano in the solar system, to the location of NASA's Phoenix Mars Lander in the northern polar reaches of Mars. The animation then zooms in on the flat terrain where Phoenix touched down May 25, 2008.

Phoenix eased down to the surface of Mars at approximately 68 degrees north latitude, 234 degrees east longitude, landing in the center of the red circle at the end of the animation. Before Phoenix landed, engineers had predicted it would land within the blue ellipse.

The shaded relief map is based on data from the Mars Orbiter Laser Altimeter on NASA's Mars Global Surveyor orbiter.