How Phoenix Talks to Earth 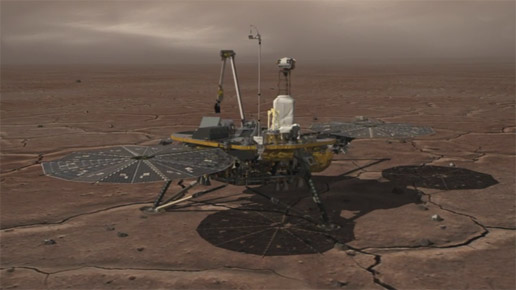 This animation shows how NASA's Phoenix Mars Lander stays in contact with Earth. As NASA's Mars Odyssey orbiter passes overhead approximately every two hours, Phoenix transmits images and scientific data from the surface to the orbiter, which then relays the data to NASA's Deep Space Network of antennas on Earth. Similarly, NASA's Deep Space Network transmits instructions from Earth to Odyssey, which then relays the information to Phoenix.