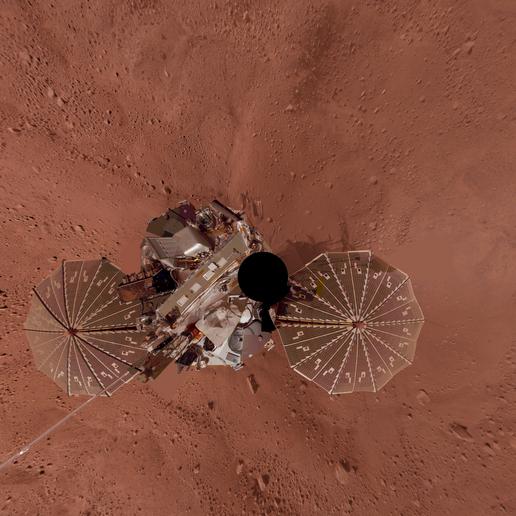 This view is a vertical projection that combines hundreds of exposures taken by the Surface Stereo Imager camera on NASA's Mars Phoenix Lander and projects them as if looking down from above.

The black circle is where the camera itself is mounted on the lander, out of view in images taken by the camera. North is toward the top of the image.

This view comprises more than 100 different Stereo Surface Imager pointings, with images taken through three different filters at each pointing. The images were taken throughout the period from the 13th Martian day, or sol, after landing to the 47th sol (June 5 through July 12, 2008). The lander's Robotic Arm appears cut off in this mosaic view because component images were taken when the arm was out of the frame.