After Rasping by Phoenix in 'Snow White' Trench, Sol 60 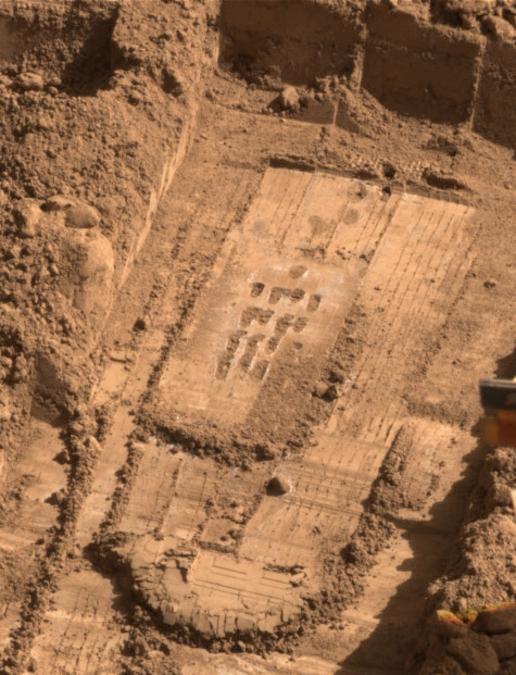 NASA's Phoenix Mars Lander used the motorized rasp on the back of its robotic arm scoop during the mission's 60th Martian day, or sol, (July 26, 2008) to penetrate a hard layer at the bottom of a trench informally called "Snow White." This view, taken by the lander's Surface Stereo Imager and presented in approximately true color, shows the trench later the same sol.

Most of the 16 holes left by a four-by-four array of rasp placements are visible in the central area of the image.

A total 3 cubic centimeters, or about half a teaspoon, of material was collected in the scoop. Material in the scoop was collected both by the turning rasp, which threw material into the scoop through an opening at the back of the scoop, and by the scoop's front blade, which was run over the rasped area to pick up more shavings.