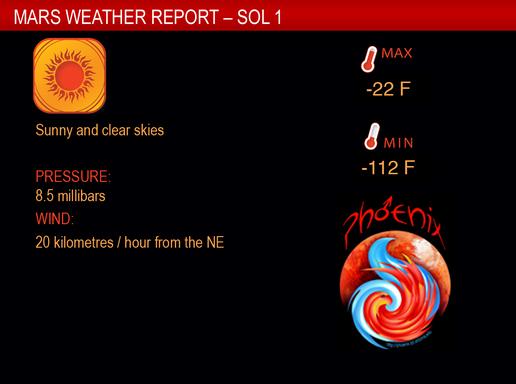 The weather station was activated in the first hour after landing on Mars. Measurements are being recorded continuously.

The Phoenix Mission is led by the University of Arizona, Tucson, on behalf of NASA. Project management of the mission is by NASA's Jet Propulsion Laboratory, Pasadena, Calif. Spacecraft development is by Lockheed Martin Space Systems, Denver. The Canadian Space Agency contributed Phoenix's meteorological station. The University of Aarhus in Denmark contributed the telltale on the meteorology mast.