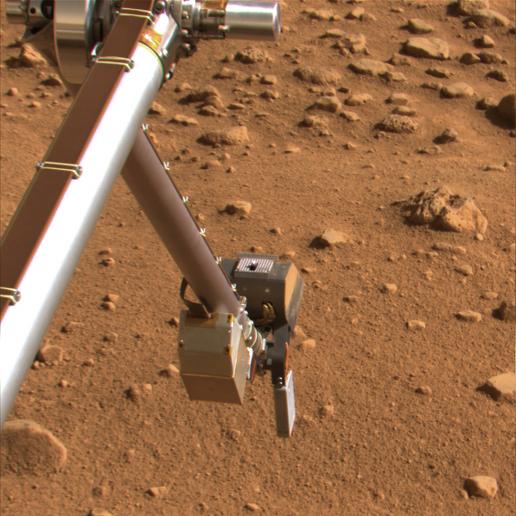 This image taken by the Surface Stereo Imager on Sol 49, or the 49th Martian day of the mission (July 14, 2008), shows the silver colored rasp protruding from NASA's Phoenix Mars Lander's Robotic Arm scoop. The scoop is inverted and the rasp is pointing up.

The Phoenix Mission is led by the University of Arizona, Tucson, on behalf of NASA. Project management of the mission is led by NASA's Jet Propulsion Laboratory, Pasadena, Calif. Spacecraft development is by Lockheed Martin Space Systems, Denver.