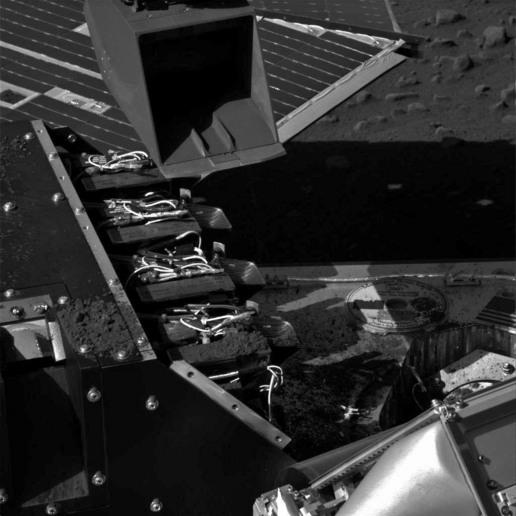 This image taken by the Surface Stereo Imager on NASA's Phoenix Mars Lander shows the lander's Robotic Arm scoop positioned over the Wet Chemistry Lab Cell 1 delivery funnel on Sol 41, the 42nd Martian day after landing, or July 6, 2008, after a soil sample was delivered to the instrument.

The instrument's Cell 1 is second one from the foreground of the image. The first cell, Cell 0, received a soil sample two weeks earlier.

This image has been enhanced to brighten the scene.