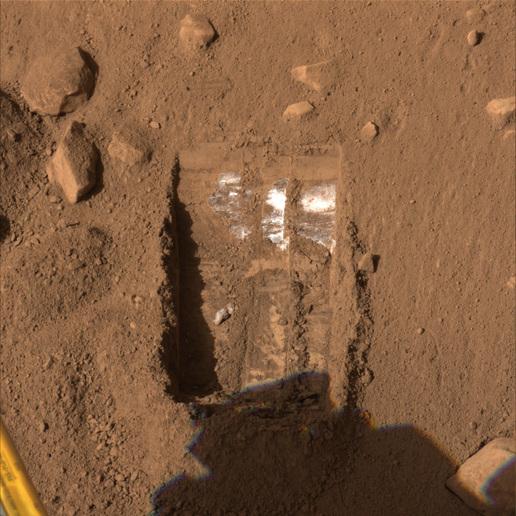 White material, possibly ice, is located only at the upper portion of the trench, indicating that it is not continuous throughout the excavated site. According to scientists, the trench might be exposing a ledge, or only a portion of a slab, of the white material.