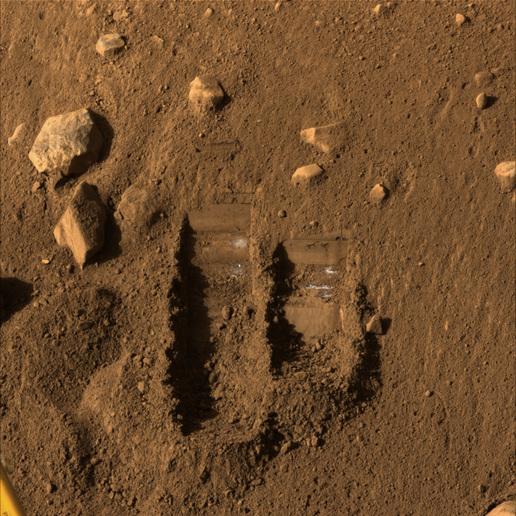 Soil from the right trench, informally called "Baby Bear," was delivered to Phoenix's Thermal and Evolved-Gas Analyzer, or TEGA, on Sol 12 (June 6). The following several sols included repeated attempts to shake the screen over TEGA's oven number 4 to get fine soil particles through the screen and into the oven for analysis.

The trench on the left is informally called "Dodo" and was dug as a test.

Each of the trenches is about 9 centimeters (3 inches) wide. This view is presented in approximately true color by combining separate exposures taken through different filters of the Surface Stereo Imager.