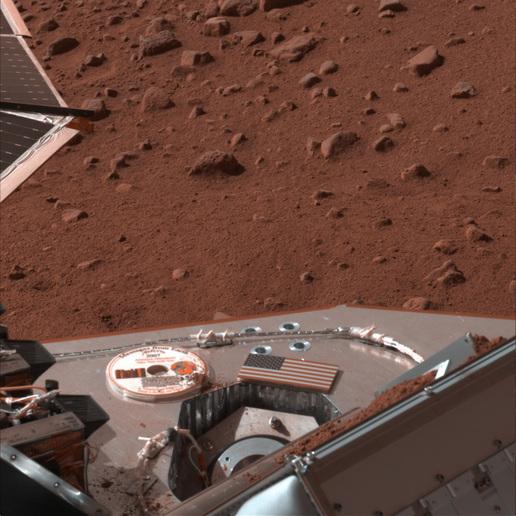 This image shows a view from NASA's Phoenix Mars Lander's Stereo Surface Imager's left eye after delivery of soil to the Thermal and Evolved-Gas Analyzer (TEGA), taken on the 12th Martian day after landing (Sol 12, June 6, 2008).

Soil is visible on both sides of the open doors of TEGA's #4 oven. Sensors inside the device indicate no soil passed through the screen and into the oven.