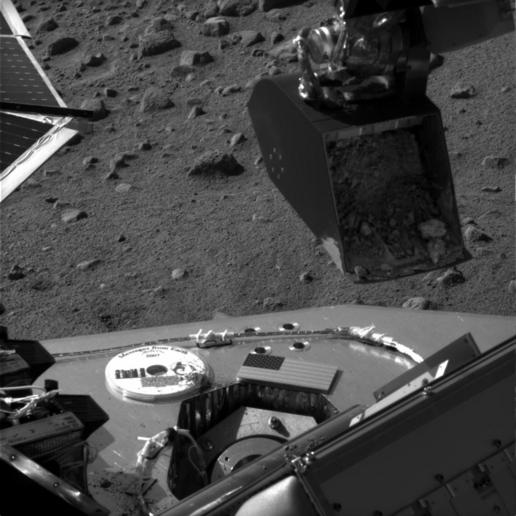 This image was taken by NASA's Phoenix Mars Lander's Surface Stereo Imager on Sol 11 (June 5, 2008), the eleventh day after landing. It shows the Robotic Arm scoop containing a soil sample poised over the partially open door of the Thermal and Evolved-Gas Analyzer's number four cell, or oven.

Light-colored clods of material visible toward the scoop's lower edge may be part of the crusted surface material seen previously near the foot of the lander. The material inside the scoop has been slightly brightened in this image.