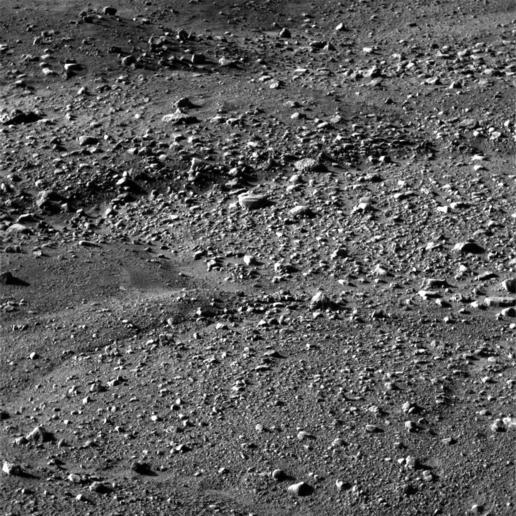 This image, one of the first captured by NASA's Phoenix Mars Lander, shows flat ground strewn with tiny pebbles and marked by small-scale polygonal cracking, a pattern seen widely in Martian high latitudes and also observed in permafrost terrains on Earth. The polygonal cracking is believed to have resulted from seasonal contraction and expansion of surface ice.

This image was acquired at the Phoenix landing site by the Surface Stereo Imager on day 1 of the mission on the surface of Mars, or Sol 0, after the May 25, 2008, landing.