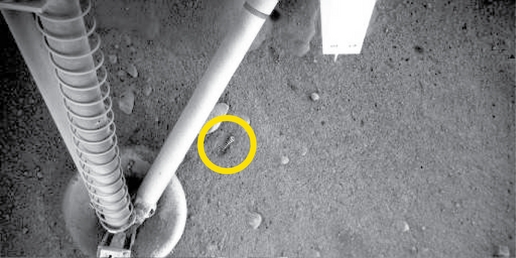 This image, acquired by the Robotic Arm Camera on NASA's Phoenix Mars Lander, shows a spring on the ground under the lander near a footpad. This spring was released from the lander when the biobarrier was opened to free the Robotic Arm. This image was taken on the sixth Martian day of the mission (May 30, 2008).