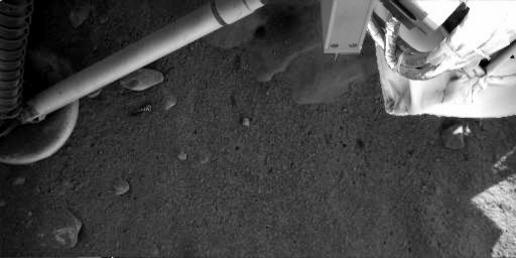 This contrast-enhanced image was acquired at the Phoenix landing site on Sol 4 by Phoenix's Robotic Arm Camera (RAC). As seen in the top center, the exhaust from the descent engine has blown soil off to reveal either rock or ice, which has not yet been determined.