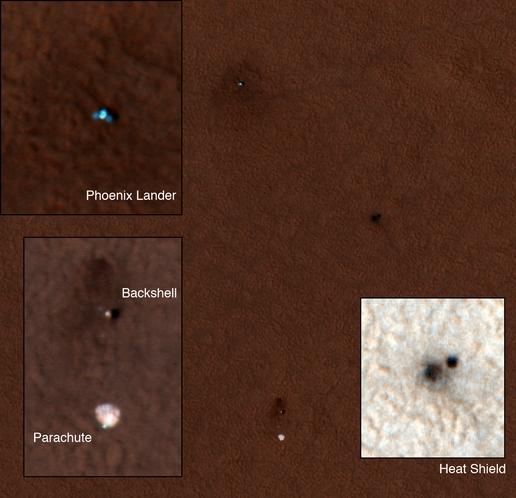 This montage of enhanced-color images from Mars Reconnaissance Orbiter's High Resolution Imaging Science Experiment (HiRISE) camera shows the Phoenix landing area viewed from orbit. The spacecraft appears more blue than it would in reality. Pullout images show more detailed views of the Phoenix lander with its solar panels deployed on the Martian surface, the heat shield and bounce mark the heat shield made on the Martian surface, and the top of the Phoenix parachute attached to the bottom of the back shell.