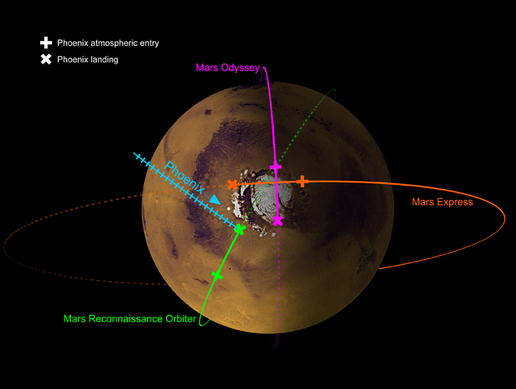 This image shows the paths of three spacecraft currently in orbit around Mars, as well as the path by which NASA's Phoenix Mars Lander will approach and land on the planet. The t-shaped crosses show where the orbiters will be when Phoenix enters the atmosphere, while the x-shaped crosses show their location at landing time.

All three orbiters, NASA's Mars Reconnaissance Orbiter, NASA's Mars Odyssey and the European Space Agency's Mars Express, will be monitoring Phoenix during the final steps of its journey to the Red Planet.