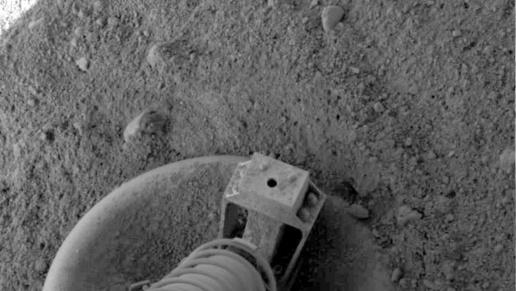 NASA's Phoenix Mars Lander did a small amount of excavation as it touched down on pebbly north polar terrain on the Red Planet, as shown in this close-up view of one of the lander's three footpads.

The footpad appears to have slid a few inches as the lander touched down.

This image was taken by the Surface Stereo Imager shortly after Phoenix landed May 25, 2008.