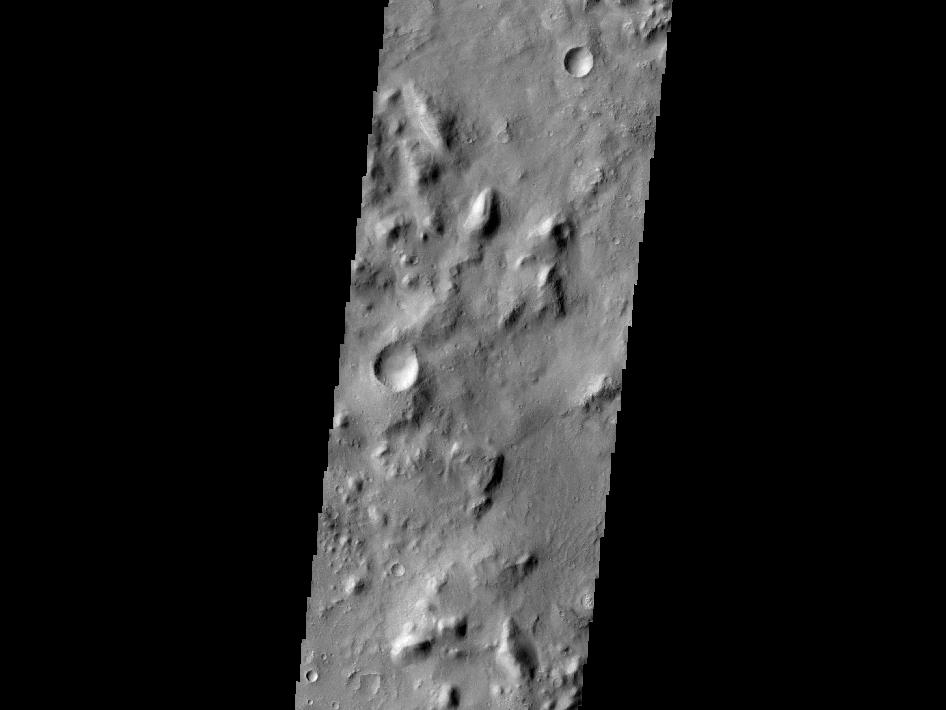 THEMIS captured this image on Feb. 19, 2012, 10 years to the day after the camera recorded its first view of Mars. This image covers an area 11 by 32 miles (19 by 52 kilometers) in the Nepenthes Mensae region north of the Martian equator. The view depicts a knobby landscape where the southern highlands are breaking up as the terrain descends into the northern lowlands.

Odyssey, launched in 2001, has worked at Mars longer than any mission in history.