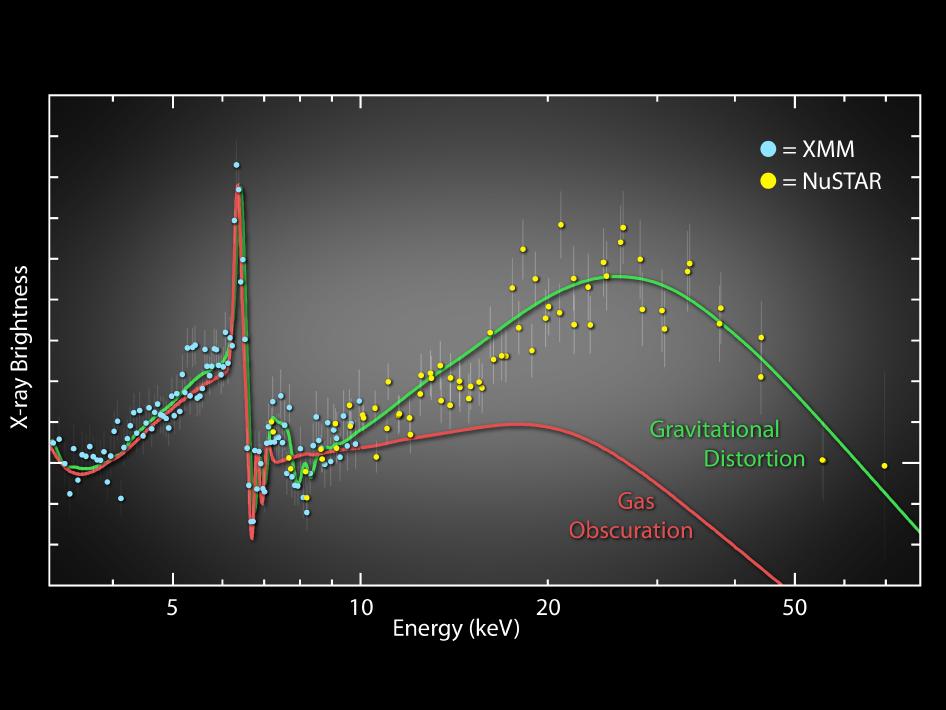 Two X-Ray Observatories are Better Than One

NASA's Nuclear Spectroscopic Telescope Array, or NuSTAR, has helped to show, for the first time, that the spin rates of black holes can be measured conclusively. It did this, together with the European Space Agency's XMM-Newton, by ruling out the possibility that obscuring clouds were partially blocking X-ray right coming from black holes.

The solid lines show two theoretical models that explain low-energy X-ray emission seen previously from the spiral galaxy NGC 1365 by XMM-Newton. The red line explains the emission using a model where clouds of dust and gas partially block the X-ray light, and the green line represents a model in which the emission is reflected off the inner edge of the accretion disk, very close to the black hole.

The results show that the iron feature, the sharp peak at left, is being affected black hole's immense gravity and not intervening clouds. The degree to which the iron feature is spread out reveals the spin rate of the black hole.