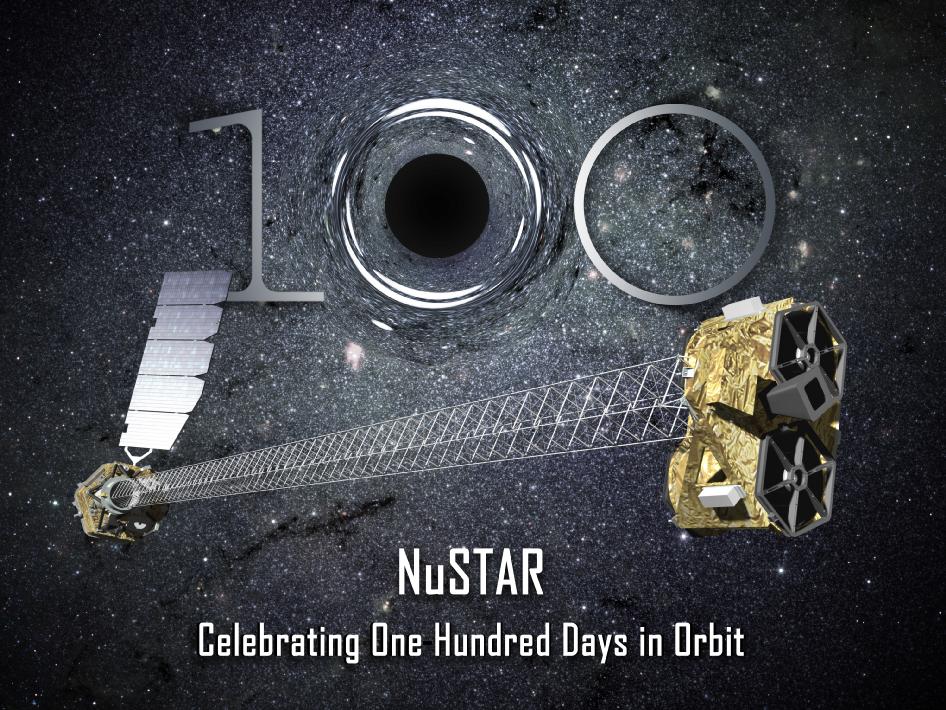 NASA's Nuclear Spectroscopic Telescope Array, or NuSTAR, celebrates 100 days in orbit on Sept. 21, 2012. The black-hole spying telescope was blasted into orbit around Earth's equator on June 13, 2012. The mission's goal is to measure high-energy X-ray light from the most extreme objects in the universe, including black holes, neutron stars and supernovae.

A black hole is pictured in the middle of the "100" in this artist's concept. Black holes are incredibly dense objects, with gravity strong enough to warp space and time. If you could fly up to a black hole for a closer look, you'd see distortions in the light around it as pictured here. Light near the center of the black hole cannot escape its gravity, and thus the black hole appears dark.