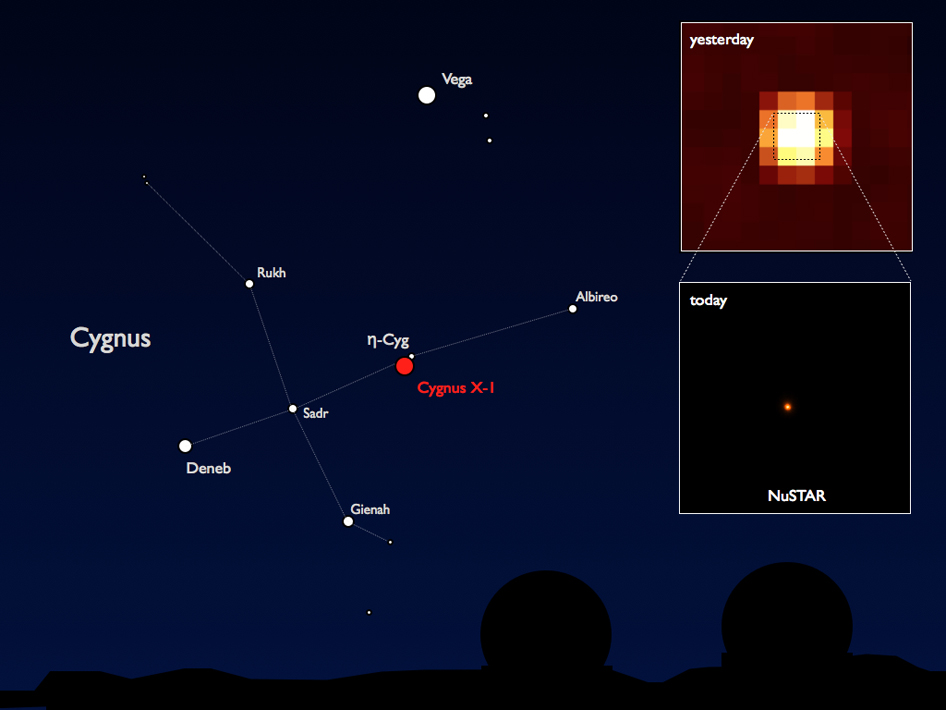 NASA's Nuclear Spectroscopic Telescope Array, or NuSTAR, has taken its first snapshots of the highest energy X-rays in the cosmos, the same kind used by doctors to take pictures of your bones. NuSTAR chose a black hole in the constellation Cygnus (shown on the left) as its first target due to its brightness.

The inset image on the top right was taken with the INTEGRAL high-energy telescope; the image is 1 degree across, or twice the diameter of the moon. The bottom image shows NuSTAR's snapshot of the central part of that image. While INTEGRAL studies sources over wide swaths of sky, NuSTAR zooms into selected regions with much crisper vision.

Cygnus X-1 is a black hole that is siphoning matter from a giant companion star and spitting out high-energy X-rays. It is located in our Milky Way galaxy, about 6,000 light-years from Earth.

The NuSTAR team will use this and other "first-light" images to calibrate the pointing alignment between the spacecraft and the X-ray telescope.