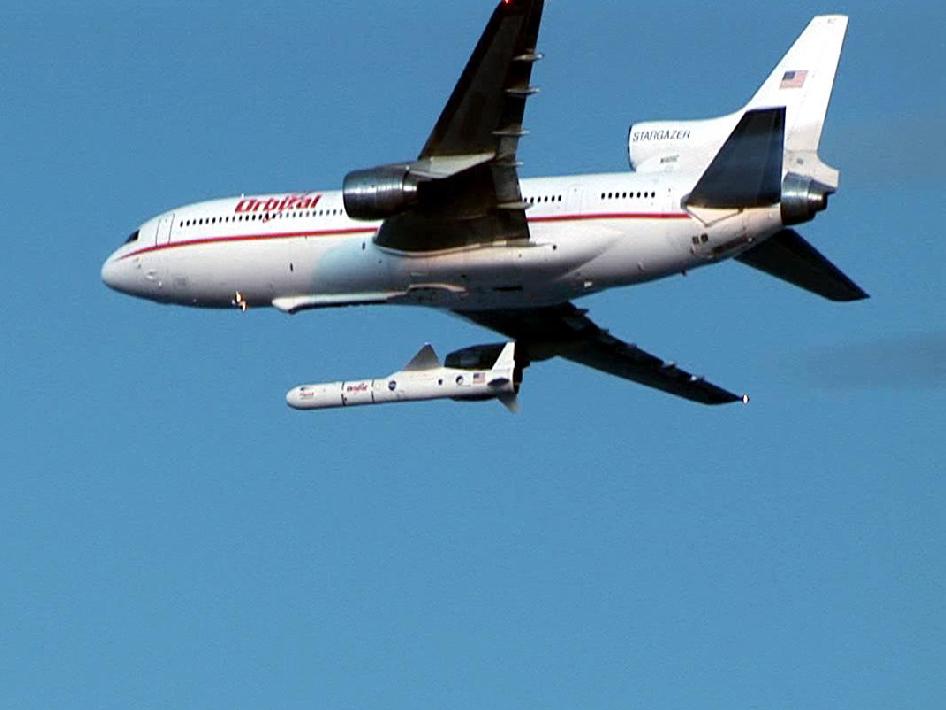 NuSTAR will launch into a low-Earth, near-equatorial orbit on a Pegasus XL rocket from Kwajalein Atoll in the Marshall Islands. The Pegasus launch vehicle, built by Orbital Space Corporation, relies on a unique air-launch system with the rocket released at approximately 40,000 feet from the "Stargazer" L-1011 aircraft. The rocket then free-falls in a horizontal position for five seconds before igniting its three-stage rocket motor. Image credit: Orbital Sciences Corp.