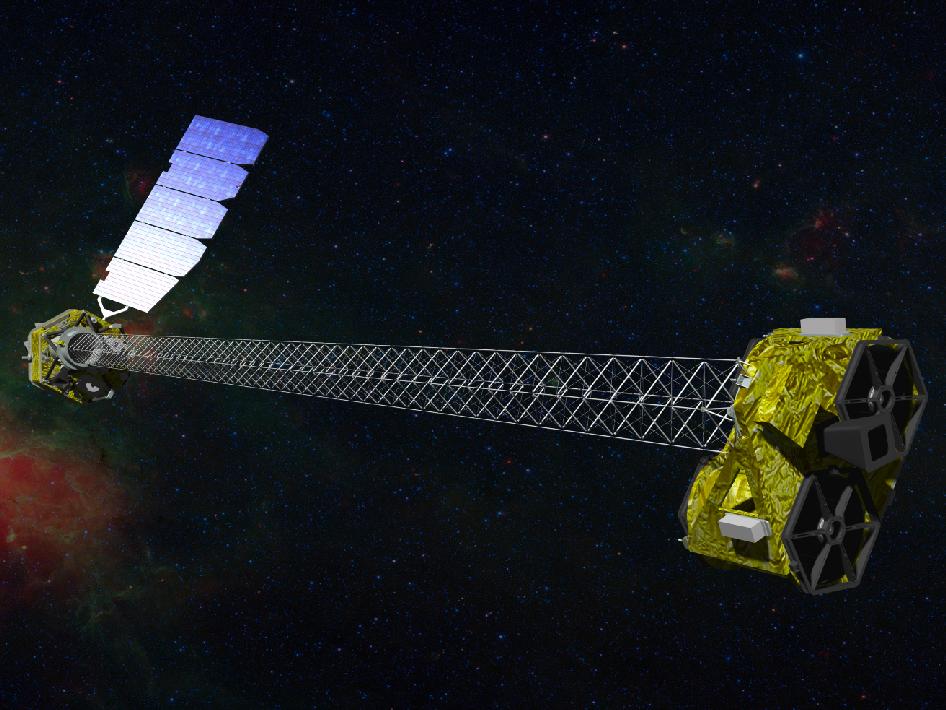 Artist's concept of NuSTAR on orbit. NuSTAR has a 10-m (30') mast that deploys after launch to separate the optics modules (right) from the detectors in the focal plane (left). The spacecraft, which controls NuSTAR's pointings, and the solar panels are with the focal plane. NuSTAR has two identical optics modules in order to increase sensitivity. The background is an image of the Galactic center obtained with the Chandra X-ray Observatory.