New images from the Curiosity rover mission have been released as part of a NASA teleconference that took place on Tuesday, Aug. 14, to provide a status update on the mission to Mars’ Gale Crater.

This color-enhanced view shows the terrain around the rover's landing site within Gale Crater on Mars. It was taken by the High Resolution Imaging Science Experiment (HiRISE) on NASA's Mars Reconnaissance Orbiter.
› Full image and caption
› Larger view 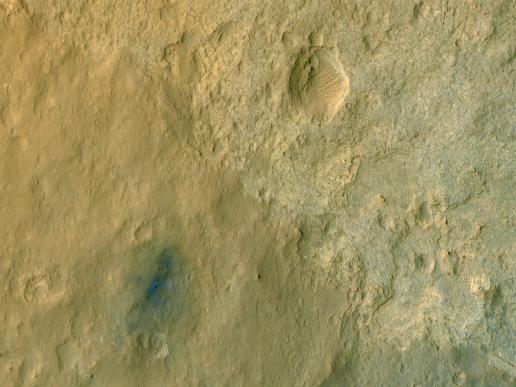 This color-enhanced view shows NASA's Curiosity rover on the surface of Mars. It was taken by the High Resolution Imaging Science Experiment (HiRISE) on NASA's Mars Reconnaissance Orbiter.
› Full image and caption 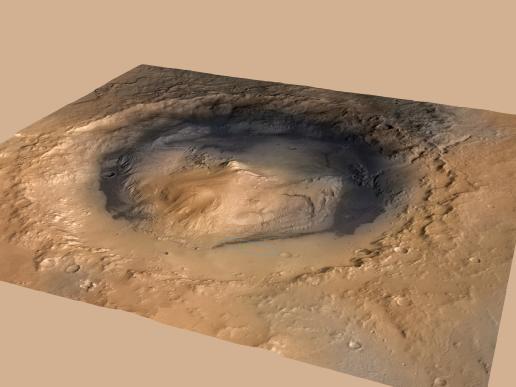 A green dot marks the spot where Curiosity landed within Gale Crater.
› Full image and caption 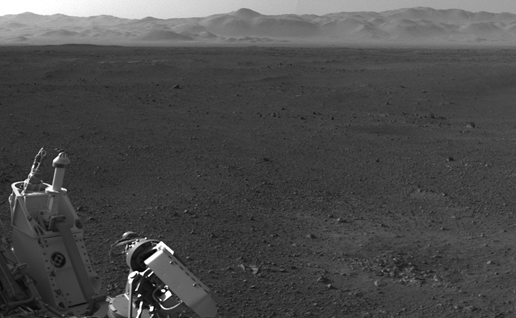 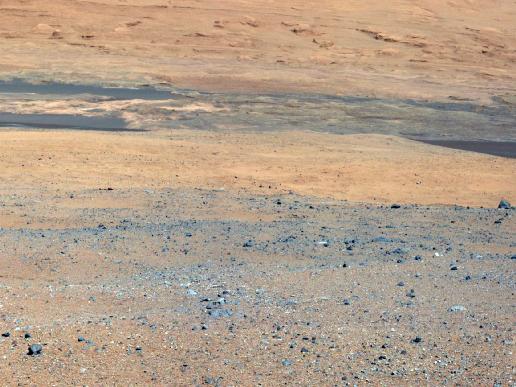 The buttes and mesas on the lower slopes of Mount Sharp can be seen in the distance, beyond dark dunes, in this white-balanced image from Curiosity's Mast Camera. A larger, color mosaic is at › PIA16051 .
› Full image and caption

› Latest teleconference information
› Back To Top