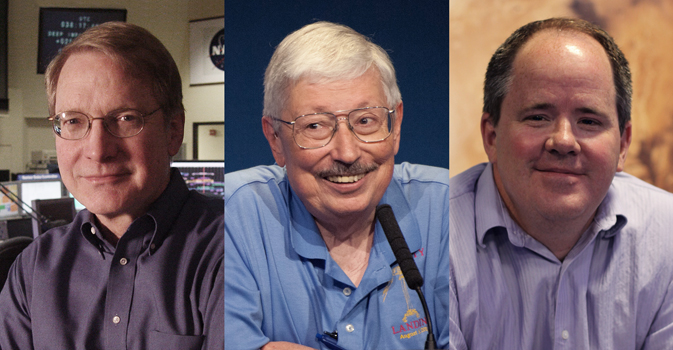 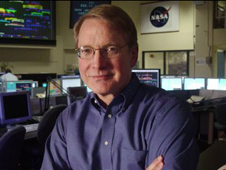 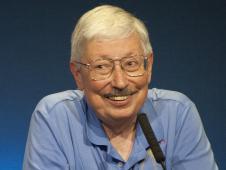 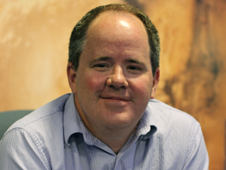 PASADENA, Calif. -- On a new list of the 100 most influential people on Earth, three work at the same California address, where they've led projects to study things that are not on Earth. The list announced today by TIME Magazine includes Don Yeomans, Pete Theisinger and Richard Cook, all at NASA's Jet Propulsion Laboratory in Pasadena, Calif.

Yeomans manages NASA's Near-Earth Objects Program Office at JPL, which coordinates the search for and tracking of asteroids and comets passing into Earth's neighborhood to identify possible hazards to Earth.

The TIME 100, as the magazine's Managing Editor Richard Stengel has explained, is "a list of the most influential people in the world. They're scientists, they're thinkers, they're philosophers, they're leaders, they're icons, they're artists, they're visionaries. People who are using their ideas, their visions, their actions to transform the world and have an effect on a multitude of people."

"We are honored to have three distinguished individuals from JPL on the TIME list of most influential people," said JPL Director Charles Elachi. "Their contributions in the fields of asteroid research and Mars exploration is representative of all the exciting and important work being done at NASA and JPL on behalf of the American people."

Yeomans grew up in Rochester, N.Y., and now lives in Glendale, Calif. He graduated from Middlebury College, Vt., with a bachelor's degree in mathematics and earned a doctorate in astronomy from the University of Maryland, College Park. He has worked at JPL since 1976. In addition to managing NASA's Near-Earth Objects Program Office, Yeomans is supervisor for JPL's Solar System Dynamics Group. He was a science team member for the Deep Impact/EPOXI mission, which deployed an impactor that was "run over" by comet Tempel 1 in 2005 and flew close to comet Hartley 2 in 2010. He was also the U.S. project scientist for the Japanese-led Hayabusa mission that returned a sample from near-Earth object Itokawa in 2010, and a team chief for the Near-Earth Asteroid Rendezvous mission that orbited, then landed on the asteroid Eros in 2001. The first images of the return of comet Halley in 1982 were also obtained based on Yeomans' predictions.

Theisinger is a native of Fresno, Calif., and lives now in La Crescenta, Calif. He graduated from the California Institute of Technology in Pasadena, with a degree in physics. His career at JPL began in 1967 with the Mariner 5 mission to Venus and now includes contributions to missions including the Voyager mission to the outer planets (launched in 1977 and still going) and the Galileo mission to Jupiter (launched in 1989 and concluded in 2003). His Mars experience dates back to the 1971 Mariner 9 orbiter mission to Mars.

Cook is originally from Bismarck, N.D., and now lives in Santa Clarita, Calif. He earned a bachelor's degree in engineering physics from the University of Colorado, Boulder, and a master's degree in aerospace engineering from the University of Texas, Austin. Cook joined JPL in 1989, working first on the Magellan mission to Venus. He was the Mars Pathfinder mission manager responsible for operating the first rover - Sojourner - on the surface of Mars in 1997. He held several roles on the Mars Exploration Rover project, which landed the Spirit and Opportunity rovers in 2004, including flight system manager and project manager.

The NASA Near Earth Objects (NEO) program at the agency's headquarters in Washington manages and funds the search, study and monitoring of NEOs, or asteroids and comets, whose orbits periodically bring them close to Earth. NASA's study of NEOs provides important clues to understanding the origin of our solar system. The objects also are a repository of natural resources and could become waystations for future exploration. In collaboration with other external organizations, one of the program's key goals is to search for and try to mitigate potential NEO impacts on Earth. JPL conducts the NEO program's technical and scientific activities.

For more information about asteroids and near-Earth objects, visit: http://www.jpl.nasa.gov/asteroidwatch .

NASA's Mars Science Laboratory project is using Curiosity to investigate the environmental history within Gale Crater, a location where the project has found that conditions were long ago favorable for microbial life. Curiosity, carrying 10 science instruments, landed in August 2012 to begin its two-year prime mission. JPL, a division of Caltech, manages the project for NASA's Science Mission Directorate in Washington.