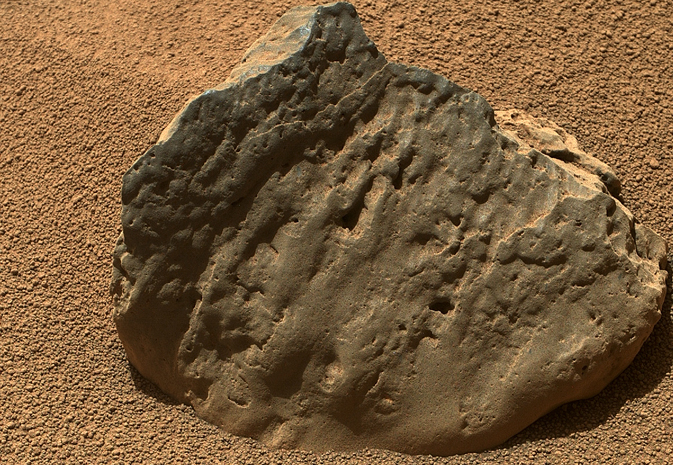 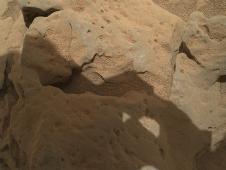 NASA's Mars Rover Curiosity on Sol 82 (Oct. 29, 2012) used its Mars Hand Lens Imager (MAHLI) to photograph the diverse rocks in the "Rocknest" area and prepared for an overnight analysis of a soil sample by the Chemistry and Mineralogy (CheMin) instrument.

On the preceding sol, the rover completed its third round of using vibration of scooped Martian soil to scrub the interior surfaces of the sample-processing mechanisms on the rover's arm. Also on Sol 81, the rover's Sample Analysis at Mars (SAM) instrument completed an analysis of a sample of Martian atmosphere.

The rover continues regular monitoring of the surrounding environment using the other instruments of its science payload.