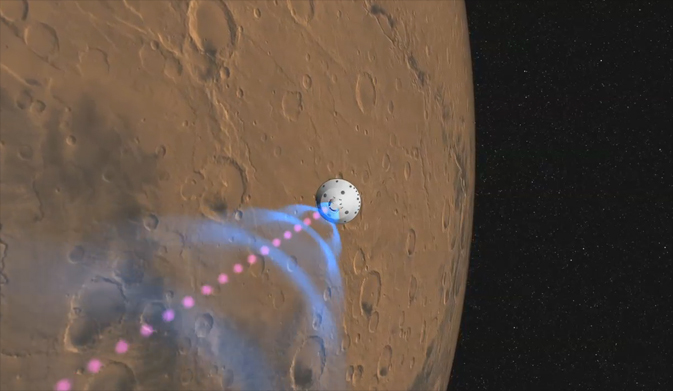 This artist's still shows how NASA's Curiosity rover will communicate with Earth during landing. As the rover descends to the surface of Mars, it will send out two different types of data: basic radio-frequency tones that go directly to Earth (pink dashes) and more complex UHF radio data (blue circles) that require relaying by orbiters. NASA's Odyssey orbiter will pick up the UHF signal and relay it immediately back to Earth, while NASA's Mars Reconnaissance Orbiter will record the UHF data and play it back to Earth at a later time. mage credit: NASA/JPL-Caltech      › Larger view       › Curiosity latest images       › Latest videos 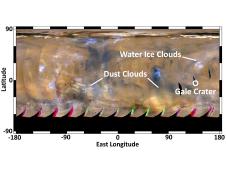 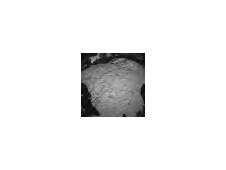 PASADENA, Calif. -- NASA's Mars Science Laboratory spacecraft is healthy and right on course for a landing in several hours that will be one of the most difficult feats of robotic exploration ever attempted.

Emotions are strong in the control room at NASA's Jet Propulsion Laboratory, Pasadena, Calif., as the hours and miles race toward touchdown of the car-size Curiosity at about 10:31 p.m. PDT tonight (about 1:31 a.m. Aug. 6, EDT).

"Excitement is building while the team is diligently monitoring the spacecraft," said Mission Manager Brian Portock of JPL. "It's natural to get anxious before a big event, but we believe we are very well prepared."

Descent from the top of Mars' atmosphere to the surface will employ bold techniques enabling use of a smaller target area and heavier landed payload than were possible for any previous Mars mission. These innovations, if successful, will place a well-equipped mobile laboratory into a locale especially well-suited for this mission of discovery.  The same innovations advance NASA toward capabilities needed for human missions to Mars.

Controllers decided Sunday morning to forgo the sixth and last opportunity on the mission calendar for a course-correction maneuver.  The spacecraft is headed for its target entry point at the top of Mars' atmosphere precisely enough without that maneuver.

Later today, mission controllers will choose whether or not to use a last opportunity for updating onboard information the spacecraft will use during its autonomous control of the entry, descent and landing. Parameters on a motion tracker were adjusted Saturday for fine-tuning determination of the spacecraft's orientation during the descent.

At the critical moment of Curiosity's touchdown, controllers and the rest of the world will be relying on NASA's Mars Odyssey orbiter to provide immediate confirmation of a successful landing. Odyssey will turn to point in the right direction beforehand to listen to Curiosity during the landing. If for any reason that turn maneuver does not work, a successful landing cannot be confirmed until more than two hours later.

The landing will end a 36-week flight from Earth and begin at two-year prime mission on Mars. Researchers will use Curiosity's 10 science instruments to investigate whether Martian environmental conditions have ever been favorable for microbial life.