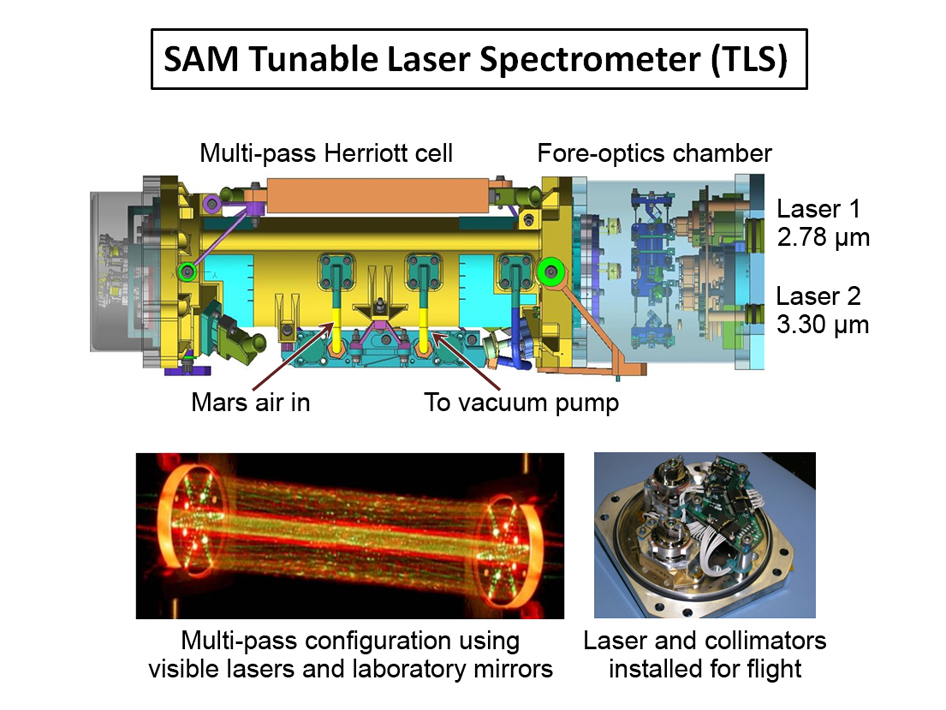 Pieces of the Tunable Laser Spectrometer

This schematic shows pieces of the Tunable Laser Spectrometer instrument, one of three instruments in the Sample Analysis at Mars instrument suite on NASA's Curiosity rover. As seen in the top graphic, the Tunable Laser Spectrometer has two infrared lasers whose light is invisible to the human eye. From the fore-optics chamber, they shoot beams into a type of measurement chamber called a multi-pass Herriot cell (shown in yellow in the middle). Mars air is pumped into this cell and out again with a vacuum pump. A detector, seen on the left of the graphic in gray, picks up the way these lasers are absorbed by the Martian air. By this method, scientists can measure concentrations of methane, carbon dioxide and water vapor and different isotopes of those gases.

At bottom left is a picture of a lab demonstration of the measurement chamber with visible lasers so scientists can see how they bounce between the mirrors in the chamber.

At bottom right is the flight hardware showing the lasers and the plate to which they are mounted. Also visible are the collimators, which are lenses that direct the lasers into the cell.