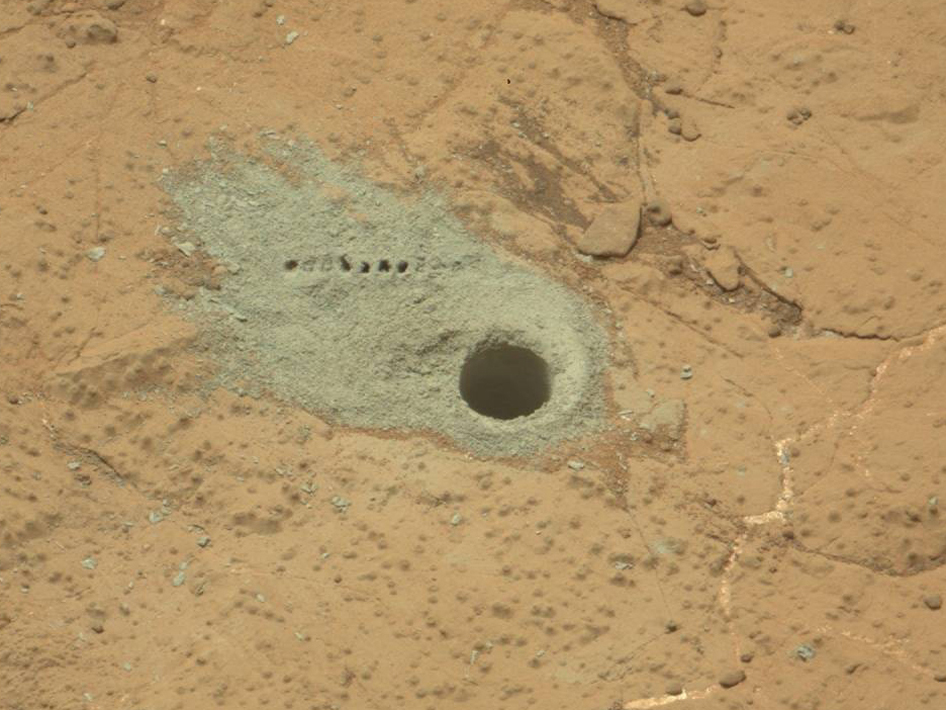 The Chemistry and Camera (ChemCam) instrument on NASA's Mars rover Curiosity was used to check the composition of gray tailings from the hole in rock target "Cumberland" that the rover drilled on May 19, 2013. This image taken by the rover's Mast Camera during the mission's 281st Martian day, or sol, (May 21, 2013) shows a row of small pits created by firing the ChemCam's laser at the tailings. The pits are near the drill hole, which has a diameter of about 0.6 inch (1.6 centimeters).