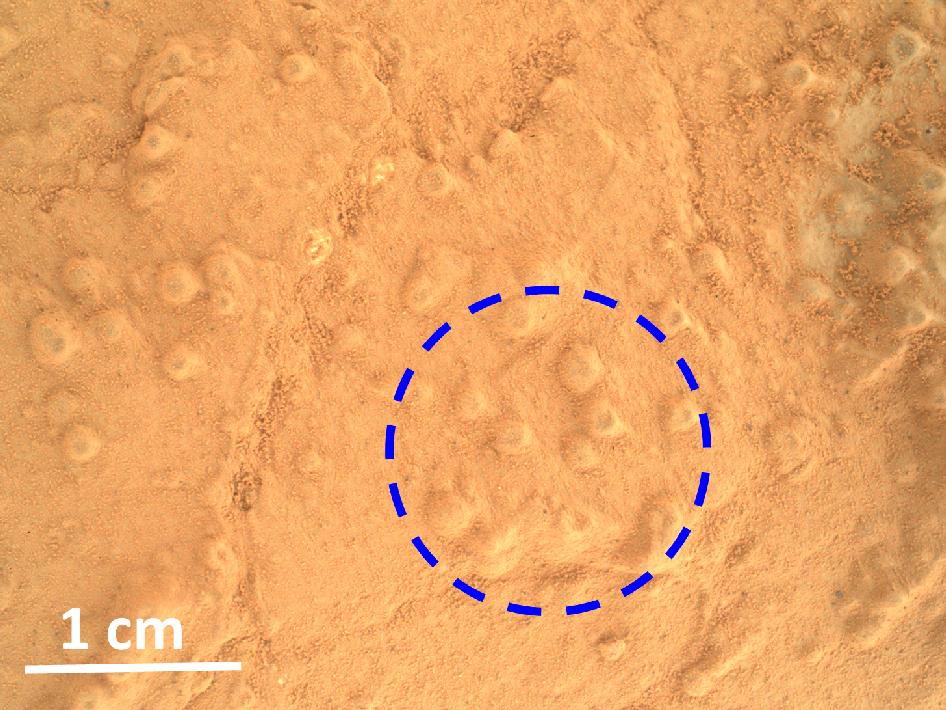 This image taken by the Mars Hand Lens Imager (MAHLI) on NASA's Mars rover Curiosity shows the texture of the patch of flat-lying bedrock called "Cumberland," which was the mission's second target for use of the rover's sample-collecting drill. Cumberland was selected to be similar to the first, "John Klein," but with a slightly greater concentration of erosion-resistant granules that cause surface bumps. The bumps are concretions, or clumps of minerals that formed when water soaked the rock long ago. Analysis of a sample containing more material from these concretions could provide information about the variability within the rock layers of both drill targets, John Klein and Cumberland.