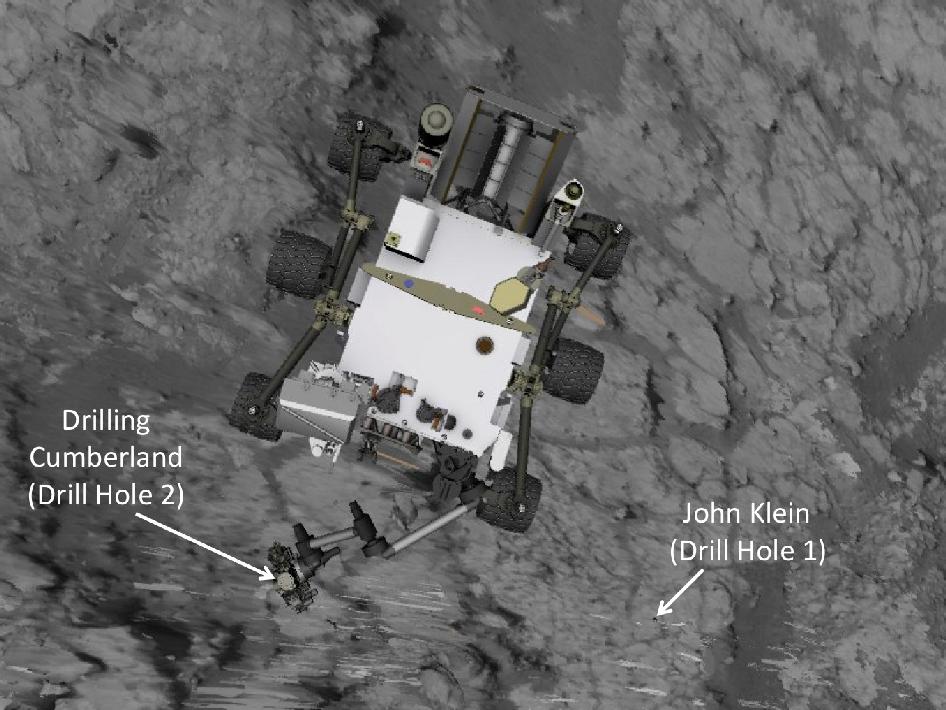 Position of Curiosity for Drilling at 'Cumberland'

This image produced from software used for planning drives of NASA's Mars rover Curiosity depicts the location and size of the rover when it was driven into position for drilling into rock target "Cumberland." Cumberland was the mission's second drilling target. This image also shows the proximity to the first drilling target, "John Klein," which is about nine feet (2.75 meters) away from the Cumberland target. To get from one to the other, the rover backed away from John Klein, pivoted, and pulled forward toward Cumberland. Curiosity arrived at the depicted position during the 274th Martian day, or sol, of the rover's work on Mars (May 14, 2013).

The outline of the rover is from Rover Sequencing and Visualization Program software, with ground imagery from a mosaic of images taken by Curiosity's Navigation cameras.