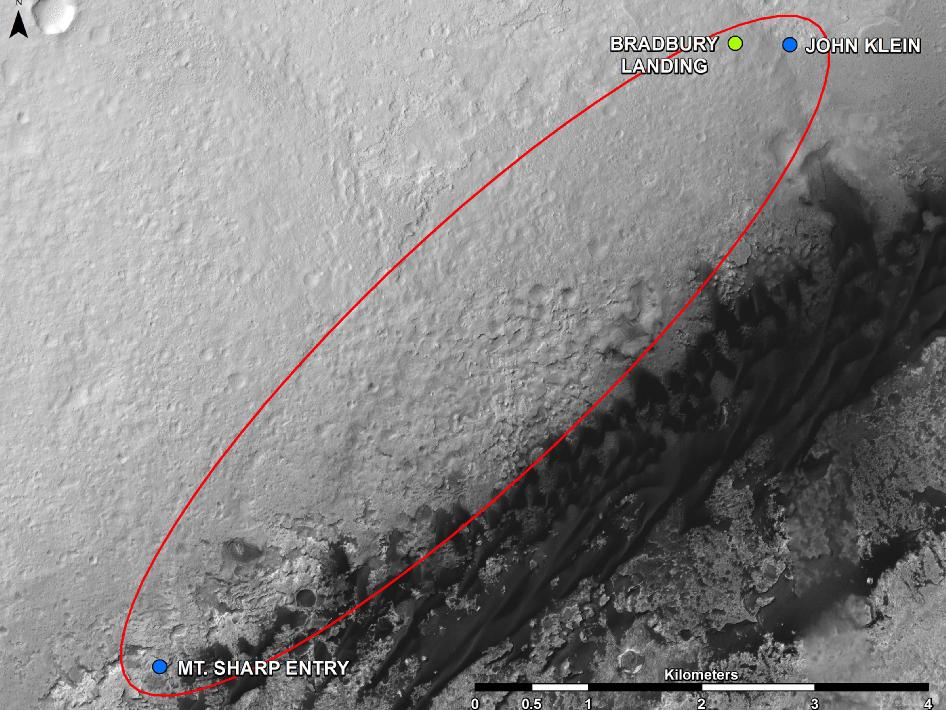 From 'Glenelg' to Mount Sharp

This map shows where NASA's Mars rover Curiosity landed in August 2012 at "Bradbury Landing"; the area where the rover worked from November 2012 through May 2013 at and near the "John Klein" target rock in the "Glenelg" area; and the mission's next major destination, the entry point to the base of Mount Sharp.

The precise route has not been determined, but the rover's path will likely be within the swath outlined in red.

All of these features are inside Gale Crater. North is toward the top. The scale bar is 4 kilometers (2.5 miles). The base map is an image acquired by the High Resolution Imaging Science Experiment (HiRISE) camera on NASA's Mars Reconnaissance Orbiter.