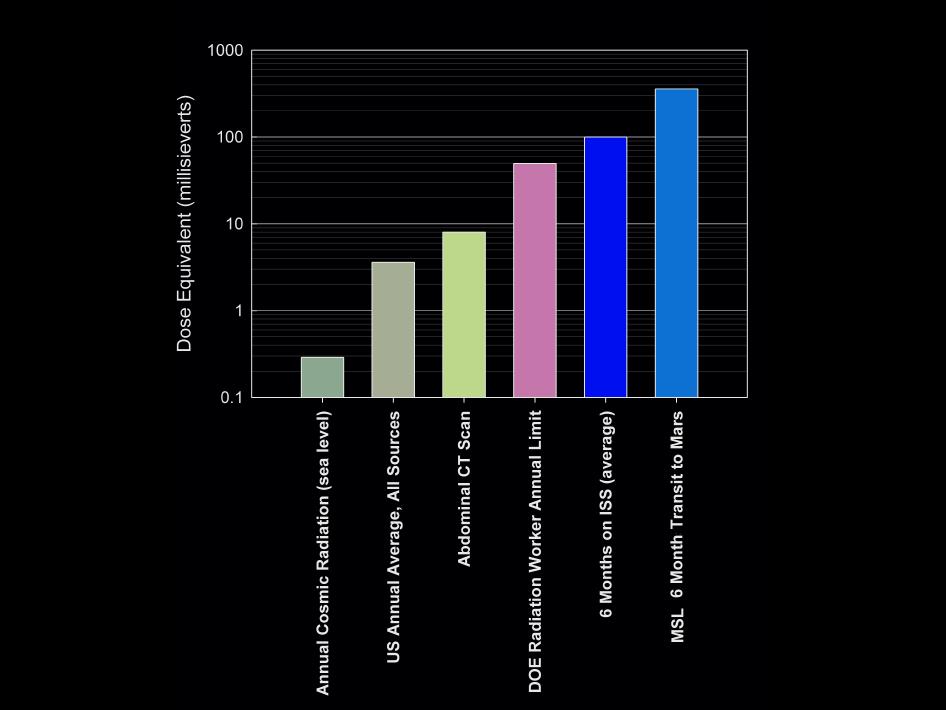 Comparison of Some Radiation Exposures to Mars-Trip Level

This graphic compares the radiation dose equivalent for several types of experiences, including a calculation for a trip from Earth to Mars based on measurements made by the Radiation Assessment Detector instrument shielded inside NASA's Mars Science Laboratory spacecraft during the flight from Earth to Mars in 2011 and 2012.

The vertical scale is logarithmic; each labeled value is 10 times greater than the next lowest one. The "dose equivalent" units are millisieverts, which are a unit that takes into account a factor for the energy absorption characteristics of biological tissue, as an adjustment from unmodified dose measurement units called "grays" or milligrays.