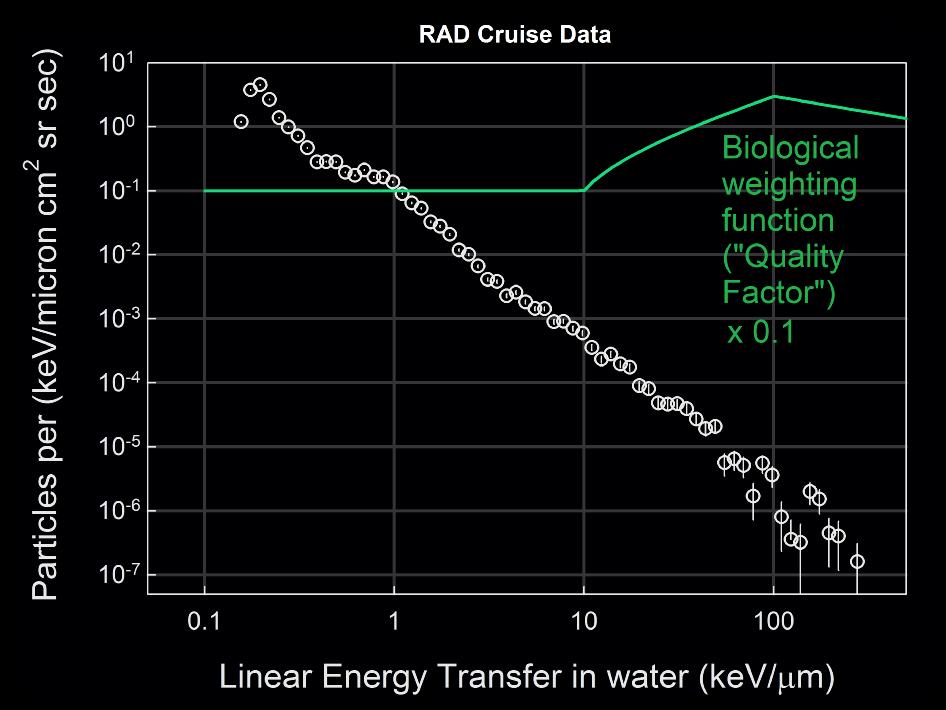 The relationship between charged-particle radiation dose measured with silicon sensors and the dose that biological tissue would receive in the same setting is assessed as a function of how much energy the charged particles would deposit in water (which serves as a proxy for biological tissue). This graph shows the flux of energetic particles (vertical axis) as a function of the estimated energy deposited in water (horizontal axis). The term "dose equivalent," which is used to discuss health risk from radiation exposure, takes this relationship into account. A quality factor, Q, is used to convert measured dose to dose equivalent. The green line on this graph indicates the biological weighting function of how Q is related to how charged-particle radiation deposits energy in water.

These factors have been used in the process of interpreting the ramifications for future human interplanetary missions from the measurements made by the Radiation Assessment Detector inside NASA's Mars Science Laboratory spacecraft during the spacecraft's travel from Earth to Mars in 2011 and 2012.