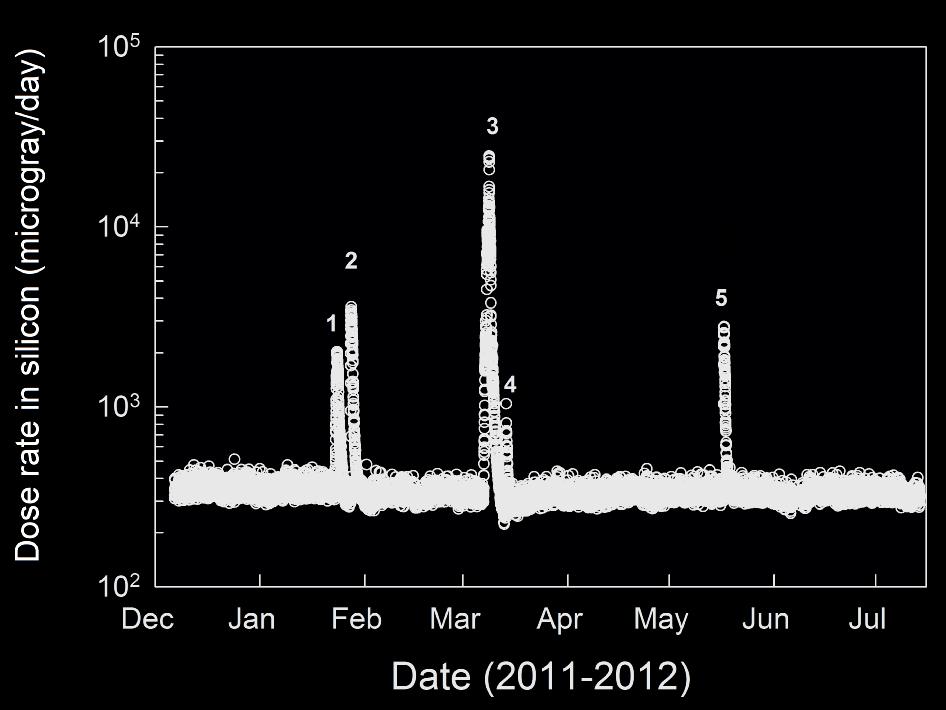 Radiation Measurements During Trip From Earth to Mars

This graphic shows the level of natural radiation detected by the Radiation Assessment Detector shielded inside NASA's Mars Science Laboratory on the trip from Earth to Mars from December 2011 to July 2012. The spikes in radiation levels occurred in February, March and late May of 2012 because of large solar energetic particle events caused by solar activity.

The MSL spacecraft structure (which includes the backshell and heatshield as well as the Curiosity rover and its descent stage) provided significant shielding from the deep space radiation environment. The measurements are an important aid to planning for astronaut safety in design of possible human missions to Mars.

The radiation levels in this graph are indicated in dose rate measured by the silicon detectors in the RAD instrument. The units are micrograys per day. A gray is a directly measured dose, not adjusted for any difference in energy absorption characteristic between the detector material and biological tissue.