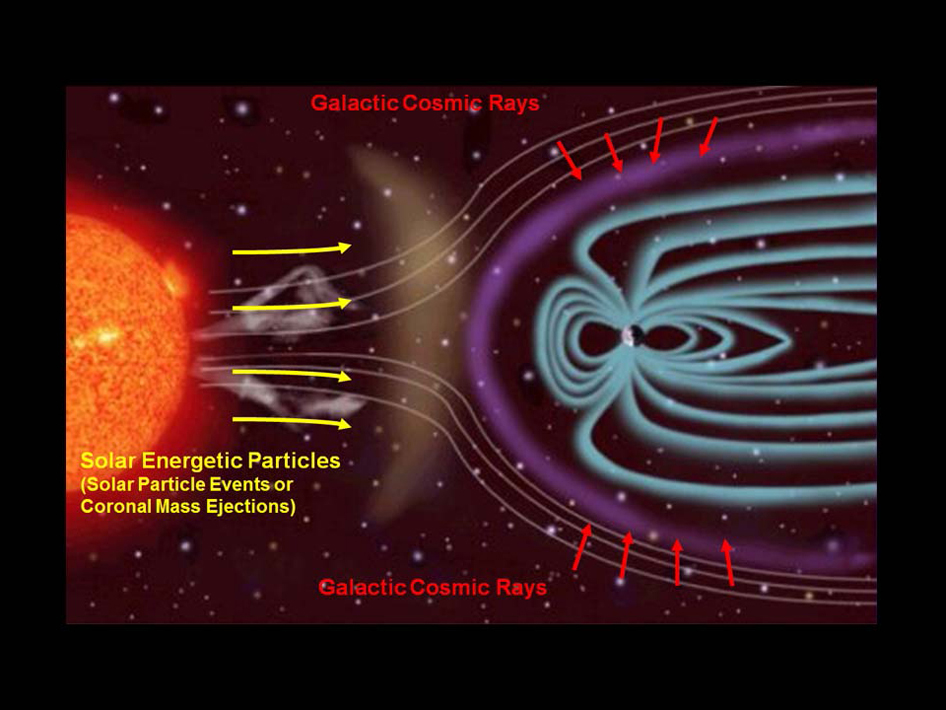 The Radiation Assessment Detector (RAD) on NASA's Curiosity Mars rover monitors high-energy atomic and subatomic particles coming from the sun, distant supernovae and other sources. RAD measured the flux of this energetic-particle radiation while shielded inside the Mars Science Laboratory spacecraft on the flight delivering Curiosity from Earth to Mars, and continues to monitor the flux on the surface of Mars.

This illustration depicts the two main types of radiation that RAD monitors, and how the magnetic field around Earth affects the radiation in space near Earth.

Galactic cosmic rays are a variable shower of charged particles coming from supernova explosions and other events extremely far from our solar system. The sun is the other main source of energetic particles this investigation detects and characterizes. The sun spews electrons, protons and heavier ions in “solar particle events” fed by solar flares and ejections of matter from the sun’s corona.

Data from RAD during the trip to Mars and on the surface of Mars provide important aid to planning for astronaut safety in design of possible human missions to Mars.