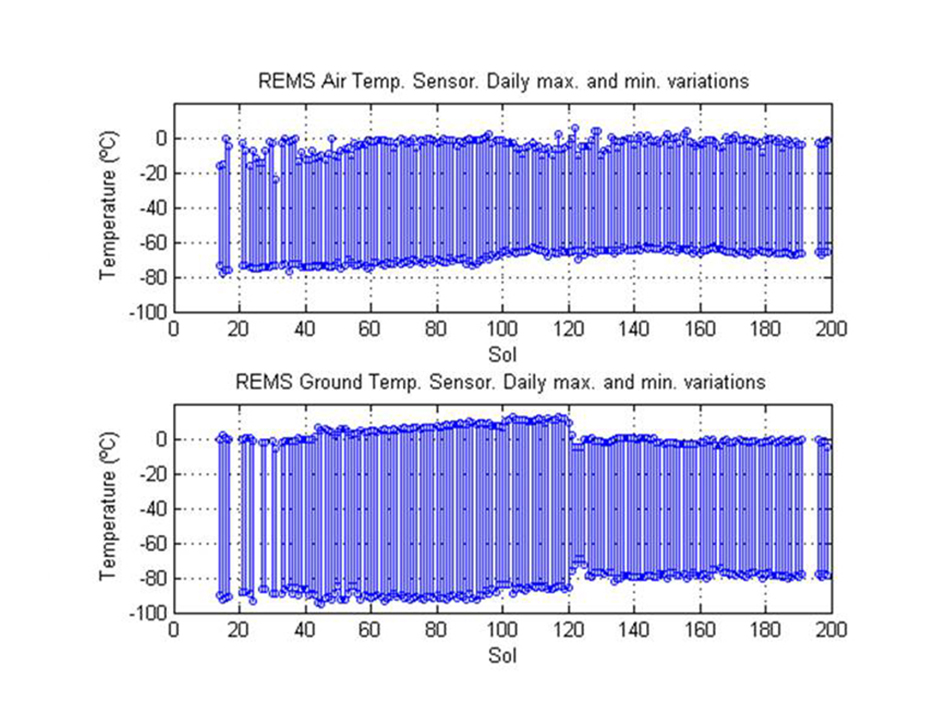 This pair of graphs shows about one-fourth of a Martian year's record of temperatures (in degrees Celsius) measured by the Rover Environmental Monitoring Station (REMS) on NASA's Curiosity rover. The data are graphed by sol number (Martian day, starting with Curiosity's landing day as Sol 0), for a period from mid-August 2012 to late February 2013, corresponding to late winter through the end of spring in Mars' southern hemisphere.

The upper graph plots the daily minimum and maximum of air temperature around the rover. The pattern is quite steady, with daily highs at about 32 degrees Fahrenheit (0 degrees Celsius) and lows at about minus 94 Fahrenheit (minus 70 Celsius).

The lower graph plots daily minimum and maximum of ground temperature measured by REMS. A change in the pattern just after Sol 120 corresponds to Curiosity driving onto a type of ground with higher thermal inertia -- thus cooling off more slowly in the evening and warming up more slowly in the morning. The higher thermal inertia of this area was predicted from orbital infrared measurements and is likely due to greater abundance of exposed bedrock relative to soil or sand.