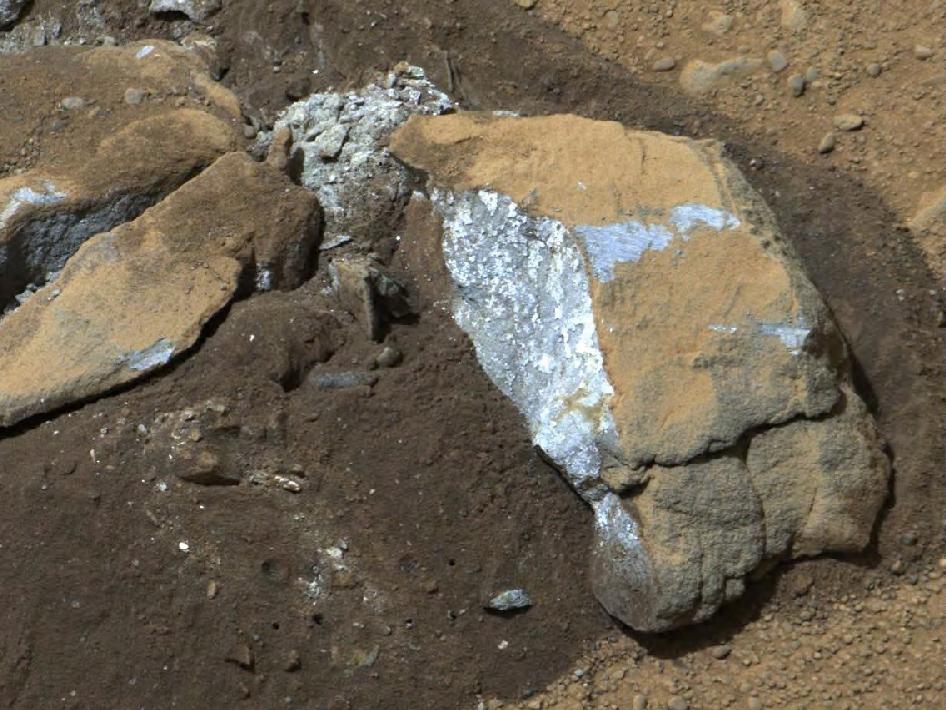 The Mast Camera (Mastcam) on NASA's Mars rover Curiosity showed researchers interesting internal color in this rock called "Sutton_Inlier," which was broken by the rover driving over it. The Mastcam took this image during the 174th Martian day, or sol, of the rover's work on Mars (Jan. 31, 2013). The rock is about 5 inches (12 centimeters) wide at the end closest to the camera. This view is calibrated to estimated "natural" color, or approximately what the colors would look like if we were to view the scene ourselves on Mars. The inside of the rock, which is in the "Yellowknife Bay" area of Gale Crater, is much less red than typical Martian dust and rock surfaces, with a color verging on grayish to bluish.