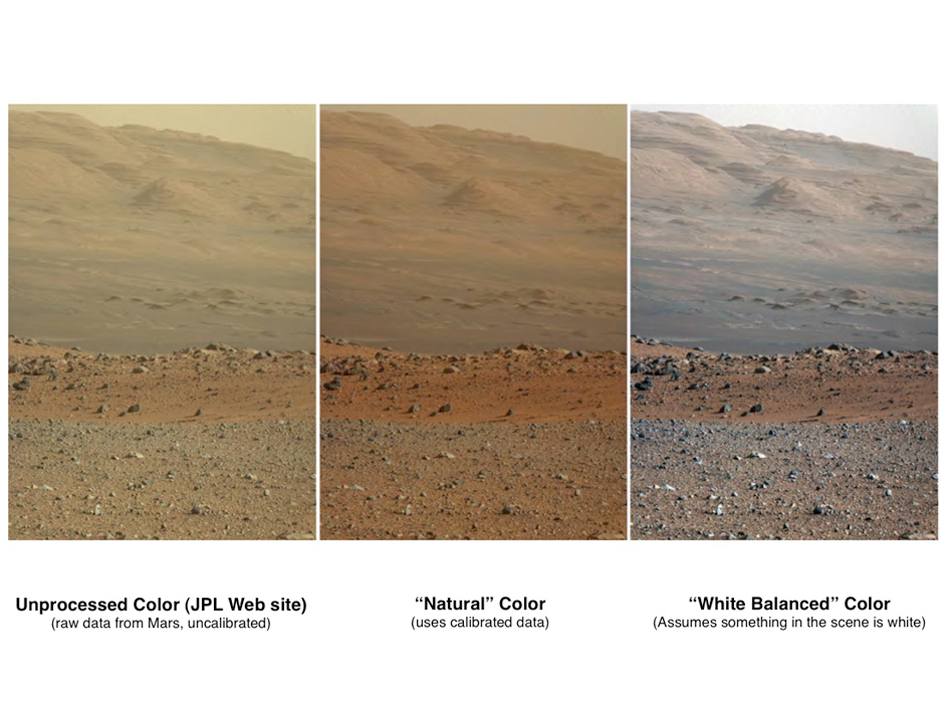 These three versions of the same image taken by the Mast Camera (Mastcam) on NASA's Mars rover Curiosity illustrate different choices that scientists can make in presenting the colors recorded by the camera. The left image is the raw, unprocessed color, as it is received directly from Mars (and as available on the MSL Raw Images Web site: http://mars.jpl.nasa.gov/msl/multimedia/raw/). The center rendering was produced after calibration of the image to show an estimate of "natural" color, or approximately what the colors would look like if we were to view the scene ourselves on Mars. The right image shows the result of then applying a processing method called white-balancing, which shows an estimate of the colors of the terrain as if illuminated under Earth-like, rather than Martian, lighting.

The image was taken by the Mastcam on Sol 19 of Curiosity's mission on Mars (Aug. 23, 2012), using only the camera's red-green-blue Bayer filters. It looks south-southwest from the rover's landing site toward Mount Sharp.