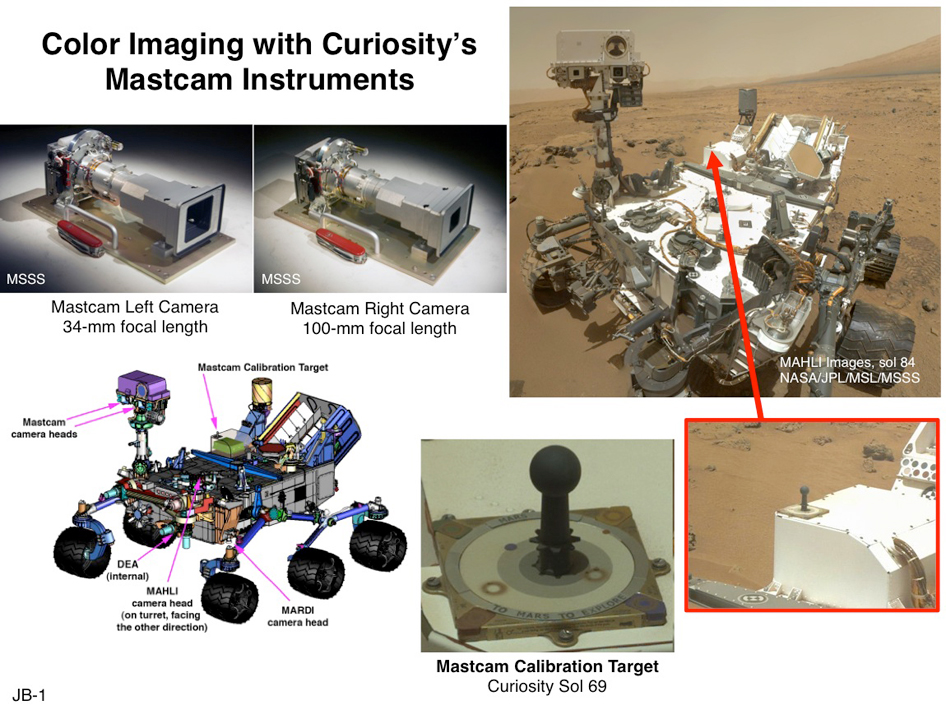 Mast Camera and Its Calibration Target on Curiosity Rover

This set of images illustrates the twin cameras of the Mast Camera (Mastcam) instrument on NASA's Curiosity Mars rover (upper left), the Mastcam calibration target (lower center), and the locations of the cameras and target on the rover. The known colors of materials on the calibration target aid researchers in adjusting images to estimate "natural" color, or approximately what the colors would look like if we were to view the scene ourselves on Mars. The design of the target is essentially the same as the color calibration target used for the Pancam instruments on the Mars Exploration Rovers Spirit and Opportunity. For Curiosity, the target was modified to include six small embedded magnets that can capture and concentrate dust from the Martian atmosphere. These are the reddish rings seen in the image of the target shown here, which was taken on Sol 69 of Curiosity's mission on Mars (Oct. 15, 2012).