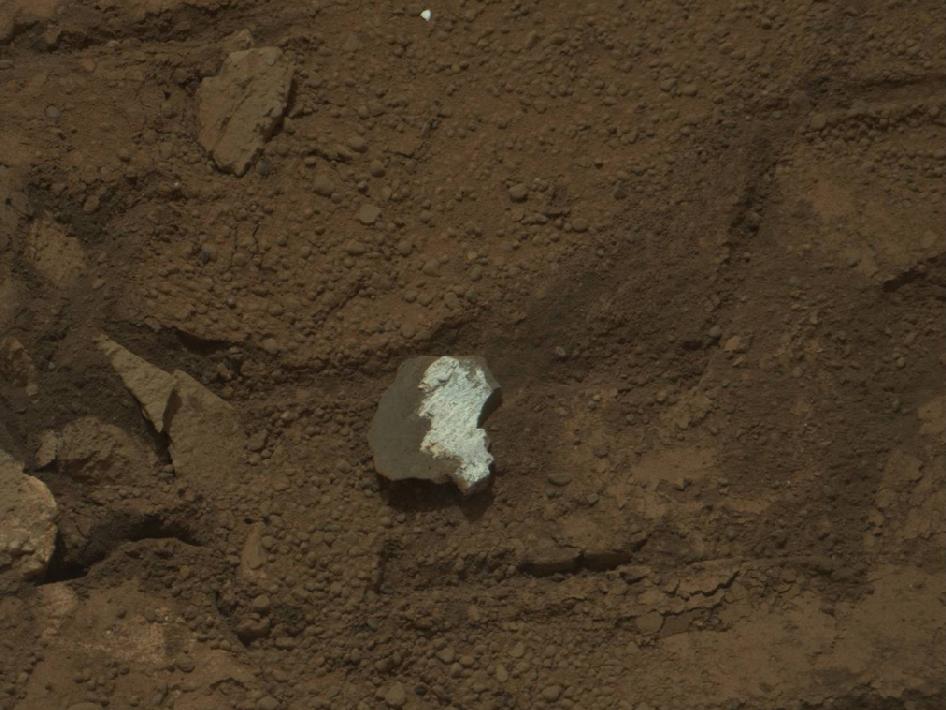 This raw image of "Tintina," a broken rock fragment in a rover wheel track, was taken by Curiosity's Mast Camera (Mastcam). When Curiosity drove over Tintina, the rock broke apart and exposed a fresh, bright white surface that may be the same as similarly bright material filling pale veins in the nearby bedrock of the "Yellowknife Bay" area. The Mast Camera (Mastcam) on NASA's Mars rover Curiosity took this image of Tintina during the 160th Martian day, or sol, of the rover's work on Mars (Jan. 17, 2013). The size of the rock is roughly 1.2 inches by 1.6 inches (3 centimeters by 4 centimeters).