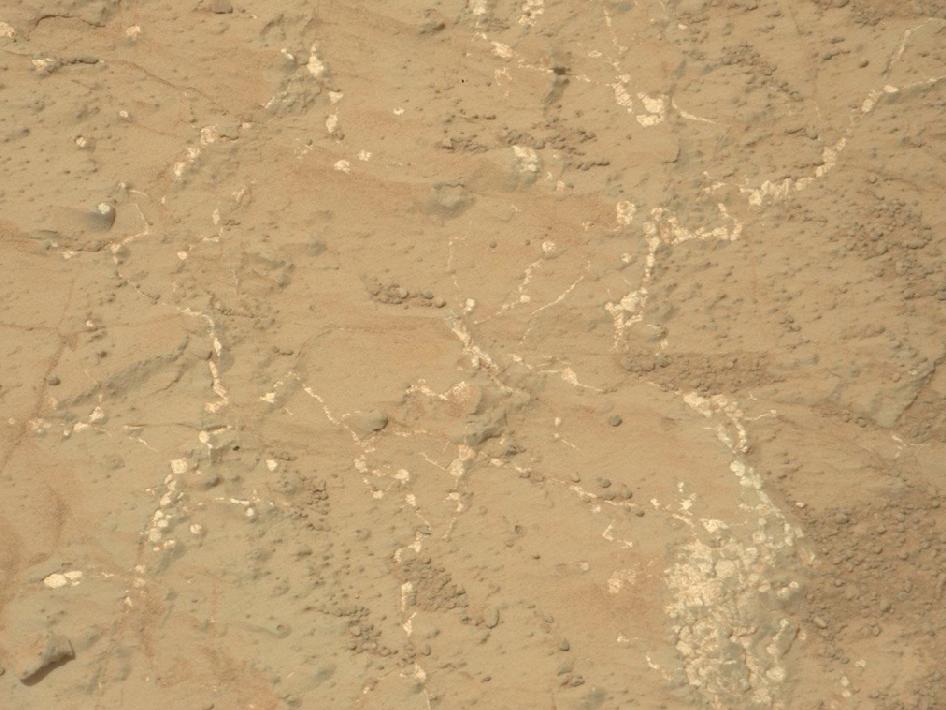 Light-toned nodules and veins are visible in this image from NASA's Mars rover Curiosity of a patch of sedimentary rock called "Knorr." The target is in the "Yellowknife Bay" area of Gale Crater, close to where Curiosity found evidence of an ancient environment favorable for microbial life. The rover's Mast Camera (Mastcam) recorded this raw image during the 133rd Martian day, or sol, of Curiosity's work on Mars (Dec. 20, 2012). The width of the area shown in the image is about 10 inches (25 centimeters).